Saint Francis of Assisi is one of the most popular saints in history. We know more about him than we do most saints because we have his words, his letters, his poems, and so on. We also know so much about his life because his disciples wrote down, very shortly after his death, their intimate accounts with Francis. They were his first biographers and we are fortunate to have such distinct and personal accounts of the great saint.

The new murals that have been blessed and added to our church sanctuary depict two of the greatest moments in Francis’ life. They show how his life was changed and inspired by faith and love in our Lord and Savior, Jesus Christ.

The first one to the right shows a great event toward the end of his life - when he received the Stigmata, or the body marks, sores, and sensations of pain in locations corresponding to the crucifixion wounds of Jesus Christ. In September of 1224, Francis, whose body and mind were growing weary over his fears for his Order of Brothers, was in Alvernia, where he, years earlier, used as a place of retreat. On September 14th, the Feast of the Exaltation of the Holy Cross, Francis finished a night of prayer and, at sunrise, he had a vision of a winged seraph, nailed to a cross, flying toward him. He felt sharp pains in his hands, feet, and side. Then the vision vanished and he discovered, as he looked down at his body, that he had received the stigmata of the crucified Christ. During his lifetime, Francis showed very few people the stigmata or “ultimate seal” as called by Dante.  From this point on, he kept his hands and feet covered so the stigmata would not be visible. However, he disclosed it to those brothers who were with him. Days after this great miracle, Francis composed the poem “Praise of the Most High God”.

The second mural is an event that happened at the beginning of Francis’ life – one that is seen as the beginning of his life transformation, leading him down the right path to service to God. Before Francis dawned the garb of a Friar, he had a few experiences that changed his life, leading him toward his life of prayer. One day, late in the 12th century after his return from his pilgrimage to Rome, Francis stopped to pray in the little church of St. Damian outside of the walls of Assisi. As he prayed, he felt the eyes of Christ on the Cross gazing at him. Then he heard a voice, three times, say, “Francis, go and repair my house, which you see is falling down.” The building was very old and seemed as if it would crumble at any moment. Francis was sure this was the right path for him, so he went to his Father’s house, took a horseload of cloth from his father’s warehouse, and sold it. He brought the money to the priest who was the rector of the church and asked to stay there while he rebuilt the building. However, his father was furious at Francis’s actions and he had Francis jailed. He renounced his share of the inheritance, gave back the money by order of the bishop of Assisi, and even stripped the clothes off his back and told them, “Hither to I have called Peter Bernadone father...From now on I say only, ‘Our Father, who art in heaven.’ ”  After a short time of roaming the roads near Assisi, singing God’s praise, he returned to St. Damian’s and Francis began to repair the church. He begged for building stones on the streets of Assisi. By the spring of 1208, the church was rebuilt and he moved onto his next project: repairing an old chapel dedicated to St. Peter.

“You are holy, Lord, the only God, and your deeds are wonderful. You are strong. You are great. You are the Most High. You are Almighty. You, Holy Father, are King of heaven and earth. You are three and one, Lord God, all Good.” (Francis of Assisi’s ‘Prayer in Praise of God’)

Our mosaic of Saint Francis of Assisi is original to our current church building. All made of Venetian glass, it depicts our patron preaching to God’s creatures of land, sea, and sky.

St. Francis and nature are often synonymous to most people. His love for and (seemingly divine) power over nature, specifically animals, has been documented many times. There are many stories about him that have been noted, such as his quieting the noisy swallows in Alviano while he was preaching and, more famously, Francis and the wolf of Gubbio.

One of Francis’ most famous writings is his Canticle of Brother Sun, which praises God and his creations on earth – from Brother Sun to Sister Bodily Death. Each part thanking God for fruit of His great works.

Be praised, my Lord, through all your creatures,
especially through my lord Brother Sun,
who brings the day; and you give light through him.
And he is beautiful and radiant in all his splendor!

Praised be You, my Lord, through Sister Water,
which is very useful and humble and precious and chaste.

Praised be You, my Lord, through Brother Fire,
through whom you light the night and he is beautiful
and playful and robust and strong.

Praised be You, my Lord,
through our Sister Bodily Death,
from whom no living man can escape.

Woe to those who die in mortal sin.
Blessed are those whom death will
find in Your most holy willl,
for the second death shall do them no harm.

(Excerpts from The Canticle of Brother Sun) 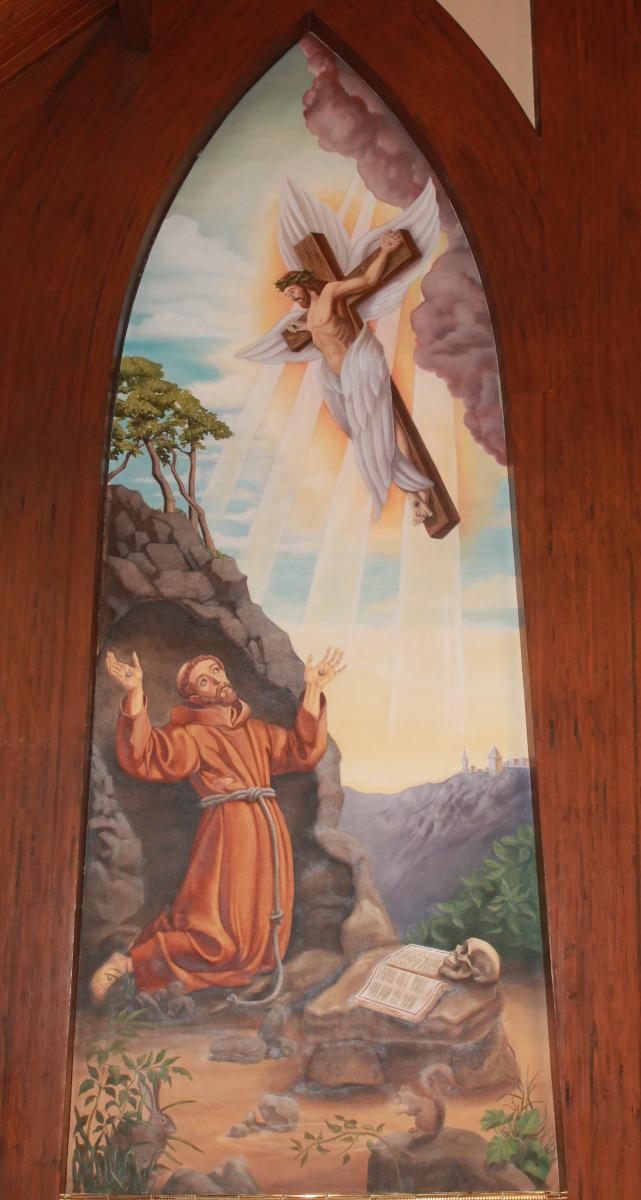 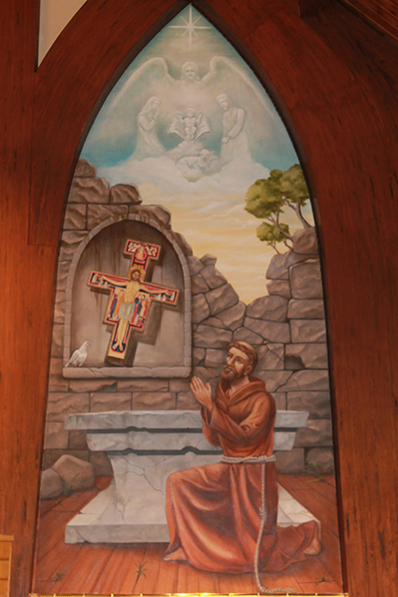 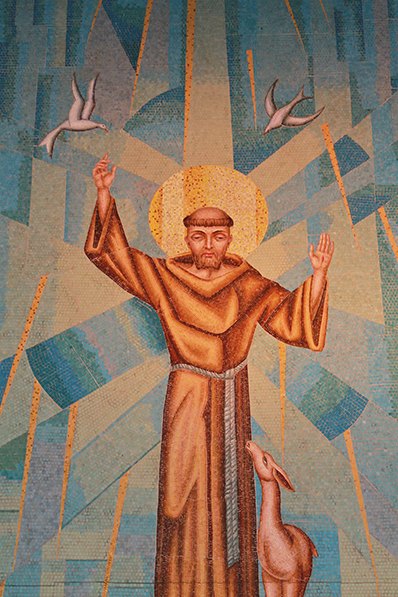