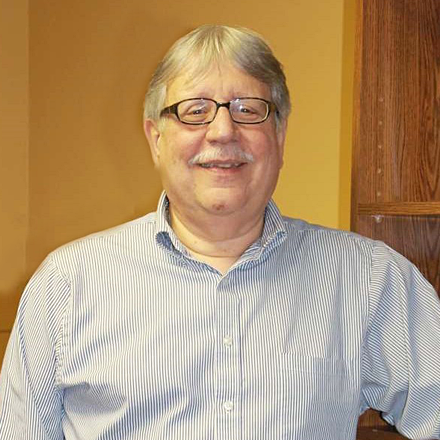 Dennis began as Business Manager at Saint Francis in September 2014, spending the 40 years previous working for the City of Bethlehem, from where he retired in January of 2014. There he held many titles within the finance department, including the Business Administrator from 1998 to 2014.

Dennis is a graduate of Liberty High School, Muhlenberg College (BA), and Moravian College (MBA). He served in the US Army from 1969 to 1971, obtaining the rank of Sergeant by the time he was honorably discharged. He is married to Gail since 1974 and they have four children: Christine, Matthew, Mary, & Mark, and one grandchild. He is a member of Saint Anne’s in Bethlehem, where he serves as a Eucharistic Minister and on the parish’s finance committee.

As Saint Francis’ Business Manager, he is responsible for formulating the Parish budget along with the pastor, recording all revenue, and entering all invoices for payments. He also is responsible for taking all deposits to the bank, as well as other tasks related to the finances of the parish.