Saint Francis of Assisi was born in Assisi, Italy in the year 1182 to Pietro and Pica Bernardone. His father was a very wealthy cloth merchant in Assisi. Francis was brought up a nobleman and his parents gave him everything life had to offer. After a long period of illness, while he was in his early 20s, Francis was changed forever. He had gotten very sick and had two distinct dreams where the Lord called to him and saved him from illness. He was being called to a life of poverty, to renounce his old life of lavish things, so to carry out this mission from the Lord. So began the journey to the life of poverty that we associate with him today.

Throughout his life he performed many humble acts of kindness. Around the year 1205, he came upon a beggar while riding his horse across the Umbrian Plain. He stopped, got off his horse, and gave the man all the money he had in his pockets.  Not long after, while praying at the down-trodden chapel of Saint Damian’s in Assisi, in front of an ancient crucifix, now known as the San Damiano Cross, God spoke to him saying, “Go, Francis, and repair my house, which as you see is falling into ruin.” He took God’s words quite literally and began a long process of rebuilding that Chapel. He built it stone by stone and alone, begging and searching for stone bricks with which to rebuild it. In the same way, he rebuilt two others – Saint Peter’s, and Saint Mary of the Angels, both near but outside the city of Assisi.

While at Mass in 1208 at the Chapel of Saint Mary of the Angels, Francis’ vocation began. While listening to the Gospel that day, he realized that God was once again speaking directly to him, telling him to preach of repentance and the Kingdom of God. He renounced all his worldly possessions and began his mission and gained followers along the way. He eventually founded the Order of Mendicant Friars, also known as the Franciscans or Friars Minor. This group was given, although not necessary, verbal sanction, for Francis’ original rule for him and his companions, by Pope Innocent III to preach repentance everywhere. Before leaving Rome, they all received the ecclesiastical tonsure (a sacred rite by the Church which a baptized and confirmed Christian is received in the clerical order), Francis himself being ordained a deacon later on in life. Returning to Assisi, the Friars Minor obtained permanent residence through the generosity of the Benedictines of Monte Subasio. They gave them the Chapel of St. Mary of the Angels. Here the first Franciscan Convent was formed. They continued their life of poverty and went out in the world, two by two, to preach penitence. Later on in life, he founded, by the zeal of Clare of Assisi, the Second Order of Poor Ladies, now known as the Poor Clares. Their first monastery was adjoined to the Chapel of Saint Damien. These women, including Clare’s sister, now Saint Agnes, took the same vow of poverty as Francis. Later as the Friars Minor grew and their original rule of life to preach penitence and accept a life of poverty began to wane and disappear, Francis wrote a second rule. This Second Rule of the Friars Minor is based on three vows – obedience, absolute poverty, and chastity, with a special stress on poverty. This rule has since been professed by every member of the First Order of St. Francis.

Later, around 1223, Francis conceived the idea of celebrating the Nativity of Jesus in a new way. In a church at Greccio, the now popular devotion of the nativity crèche was established. He reproduced in the church the praesepio (manger) of Bethlehem. He believed in this outward devotion so all people could rejoice in the birth of the Lord, our Savior.

A year later, something miraculous occurred. Francis and three of his companions retreated to a mountain between the Tiber and Arno rivers. They went there to keep a forty day fast in preparation for Michaelmas, the Feast of Saint Michael the Archangel. It was there, around the Feast of the Exaltation of the Cross (Sept 14th), that while praying on the mountainside, the visible marks of the five wounds of Christ Crucified appeared on Francis’ body, which is known as the stigmata.

After the reception of the stigmata, Francis’ health began to fail. He began to lose his eyesight to the point that he was almost blind. He paid one last visit to Saint Clare at Saint Damian’s, which is where he composed his famous “Canticle of the Sun.” As his condition became dire, he set out for Assisi. In July of 1226, he finally made it to the bishop’s palace in his hometown. In fall of that year, Francis asked to be taken to the Chapel of St. Mary of the Angels, where his vocation had been revealed to him. It was here that Francis died on October 3, 1226 at the age of 45. The next day – October 4th, which is now his feast day, his body was taken in procession to the city of Assisi. A stop was made at Saint Damian’s so that St. Clare and her sisters could venerate the sacred stigmata. His body was placed in the Church of Saint George, where Francis had learned to read and first preached. Francis was canonized at Saint George’s by Pope Gregory IX on July 16, 1228. 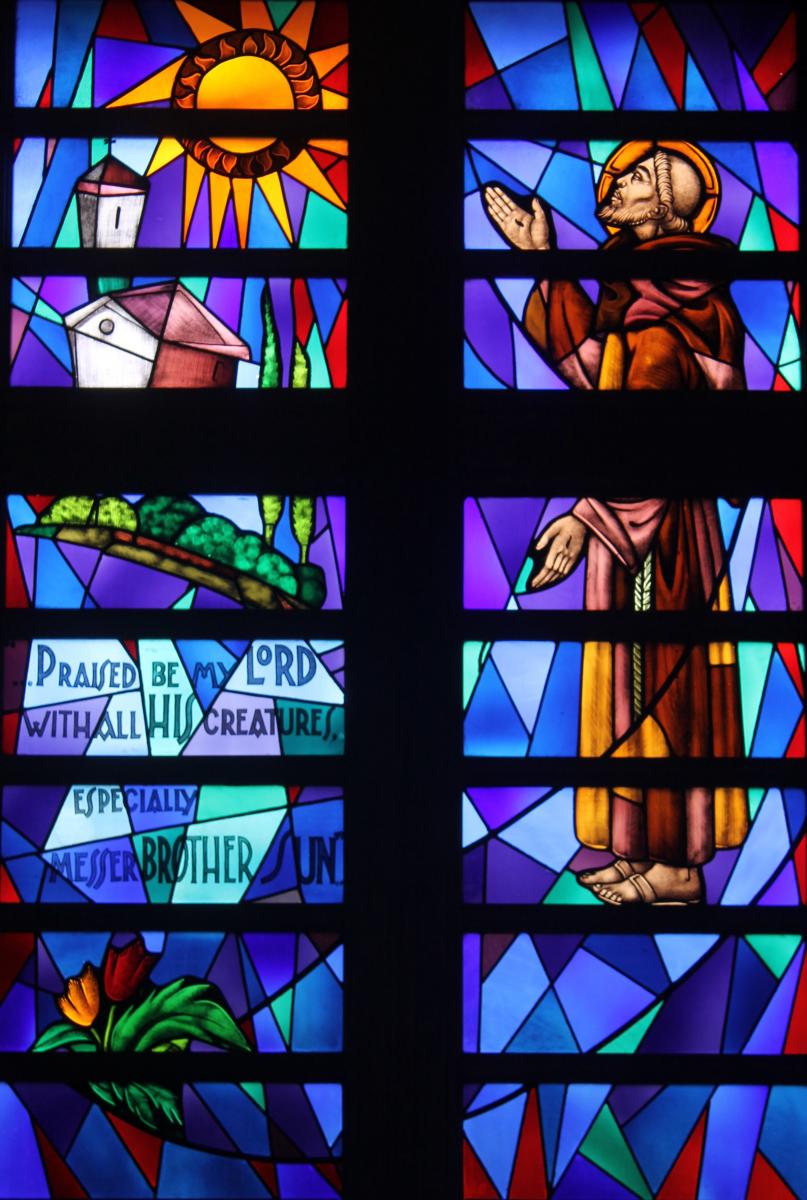 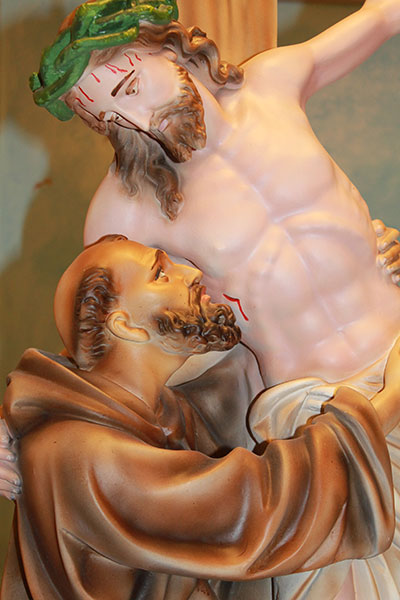