Francis at the Foot of the Cross

From that moment at St. Damien’s church when our Lord spoke to Francis, the Crucifix was a focus of St. Francis’ spiritual life. So much so that Francis wrote a prayer called the “Prayer Before the Crucifix.” It reads like this:

Most high, glorious God,
enlighten the darkness
of my heart and give me Lord,
a correct faith, a certain hope,
a perfect charity, sense and knowledge,
so that I may carry out
Your holy and true command.
Amen.

So much of his life revolved around this symbol of love. Two main parts in his life was Christ speaking to him before the San Damiano cross in the earliest part of his journey, and then toward the end of his life, where a winged figure nailed to a cross appeared in front of him in a vision and he felt pain. The vision vanished and in his hands, feet, and side was the Stigmata (the marks of Christ’s crucifixion). This happened around the Feast of the Exaltation of the Holy Cross (Sept 14th). His stigmata, which the author Dante called the “ultimate seal,” was seen by very few people. He would cover the markings with shoes and the like, but those that were with him at the time, he told what had happened.

The San Damiano Cross was not created by St. Francis of Assisi, but it is very much related to his spiritual journey.

It was the late 12th century when Francis returned from his pilgrimage to Rome, which was before he became the friar we now know him to be. One day he stopped to pray at a little, simple church, the church of St. Damien, which was located outside the walls of Assisi. as he prayed, he felt Christ’s eyes gazing at him, and three times he heard a voice say, “Francis, go and repair my church.” The cross he knelt before and prayed toward was the Sand Damiano Cross. From that point it has been an important symbol of Francis’ holy life. 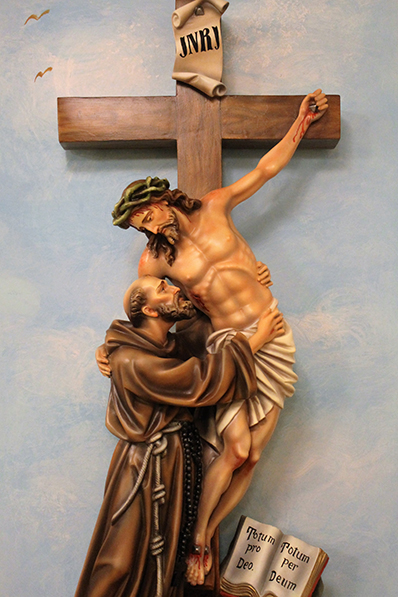 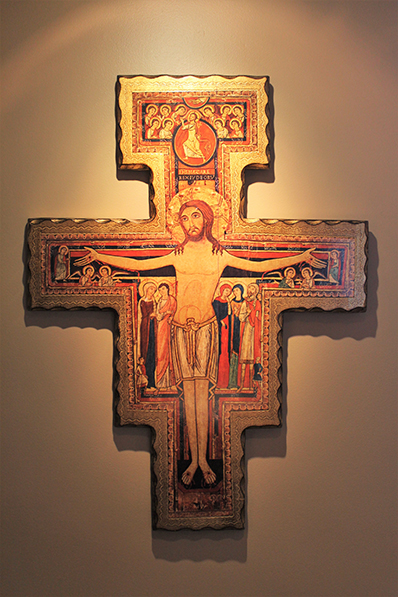